I'm desperately hoping that someone here can enlighten my ignorance please.

What is the point of the current fuel protest, driving slowly on (mainly) three lane motorways?

How does preventing Joe Public from going about his lawful business in a timely manner, preventing HGV drivers getting to their destination, often with perishable food stuffs on board, get the petrol companies, energy companies and/or the government to do anything about the high fuel prices???

FYI lorries, i.e. articulated vehicles are not allowed in the outside lane of a three lane motorway.

OK, yes I understand it highlights the problem but that isn't going to get the clown in Downing Street to do anything about the situation. Shut in his ivory tower not subject to the delays other people are suffering he'll just ignore it as will the aforementioned energy related bodies. 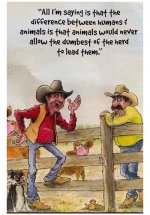 And having said he didn't know about the allegations about Pincher, now it seems he did. Nothing new there then!
D

Re the fuel protests, they probably won't do any good but people are becoming more and more frustrated and angry at the rising prices of everything and being unable to do anything about it so I think we will probably see more of this, even a general strike.
M

dianefairhall said:
Re the fuel protests, they probably won't do any good but people are becoming more and more frustrated and angry at the rising prices of everything and being unable to do anything about it so I think we will probably see more of this, even a general strike.
Click to expand...

The problem is that any measures taken by the government - reducing fuel duty etc, has to be covered somehow and it isn't the mysterious "they" who finance the cut, it's us, the UK taxpayer.

That is what a lot of people don't understand - they want tax cuts, more doctors, more nurses etc etc and quite rightly but who is going to pay for all this? If individuals can't balance their own budgets how do they think the idiots in Downing Street, who are in any case isolated from the problems on a personal level, will balance the budget?
D

If this Govt can afford to give £37 billion to Serco for a test and trace that didn't work and their other mates millions of pounds for faulty PPE They can surely find a few millions to help people out. They have a licence to print money.
You must log in or register to reply here.
Share:
Facebook Twitter Reddit Pinterest Tumblr WhatsApp Email Share Link
Top